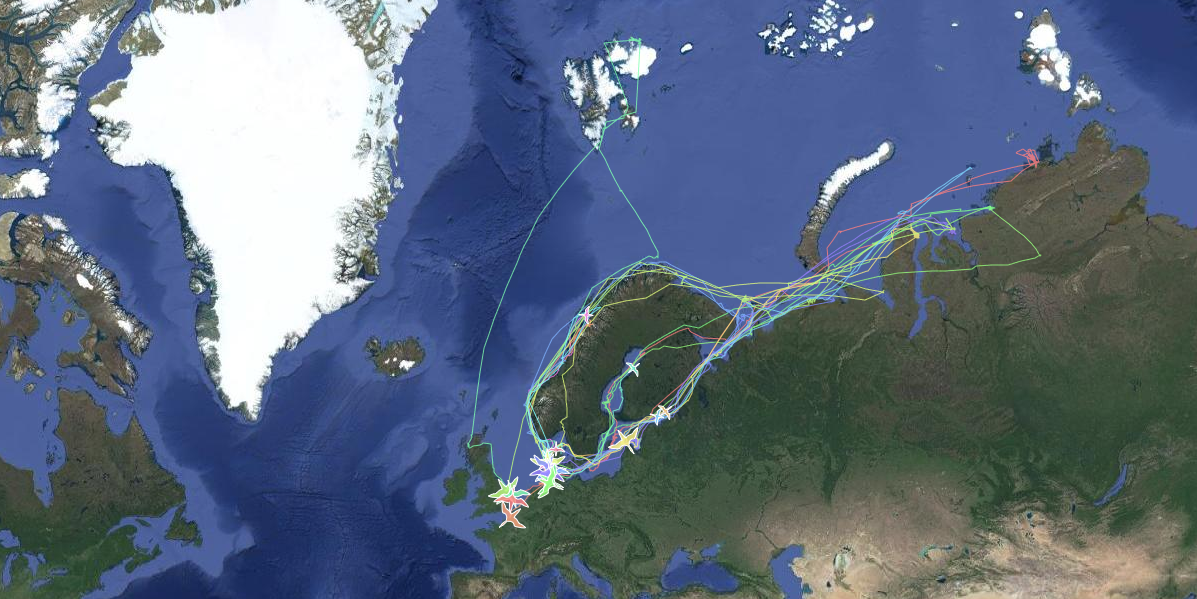 In recent months, we have been able to collect extensive GPS data on the detailed movements of red-throated divers, both in the wintering area and during the home migration, the breeding season, and during the autumn migration to the moulting and wintering areas. It can be seen that that red-throated divers, which were equipped with loggers in the German Bight during spring, spent the summer in different areas. 10 red-throated divers migrated to Russia, 2 divers flew to Norway and 1 bird migrated to Svalbard. However, whether the birds bred in these areas is only partially evident from the data. These results confirm observations from the previous project “DIVER” in which the majority of birds also bred in the European or Siberian parts of Russia.

Based on the temporal and spatial movement patterns, we can see that the red-throated divers showed large individual variability, as, for example, birds migrating to Russia for the summer used different migration routes. This is easiliy recognizable when comparing the tracks of the individuals 220644 and 220648.